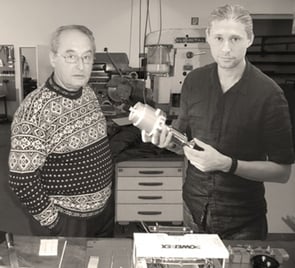 10 years ago Dr. Alexey Peshkovsky quit his job in medical physics and joined his father, Dr. Sergei Peshkovsky, in founding Industrial Sonomechanics, LLC (ISM). This year, with hundreds of clients all around the world, a number of partnerships and long-term R&D contracts, as well as a double-digit billion-dollar market to pursue in several industries, we were happy to celebrate our first double-digit anniversary!

Thank you for helping us get here! We could not have done it without your interest, open-mindedness and support.

Some of our history 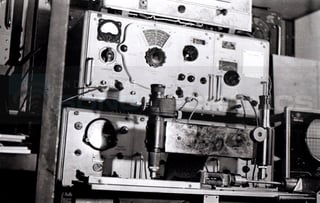 ISM was formed in New York, NY in 2006, after the invention of the Barbell Horn: a device that permits scaling up ultrasonic processors without sacrificing the vibration amplitudes and cavitation intensities they are able to generate (patent filed the same year, granted in 2007). The Barbell Horn design principles were developed by the company’s co-founder, Dr. Sergei Peshkovsky, during several decades of R&D in Russia.

Soon after its formation, ISM executed a technology transfer agreement with SulphCo, Inc. (Houston, TX, USA) in the area of ultrasonic upgrading of crude oil.

Our second PCT (international) patent was filed in 2007 (granted in the U.S. in 2014), followed by another IP license deal with Märkisches Werk (Halver, Germany), covering multiple application areas.

first two, has become the core of our Barbell Horn Ultrasonic 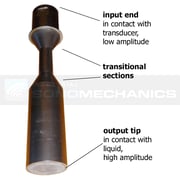 During the rest of its first decade, ISM further cemented its technology and created a successful line of products & services, serving a wide range of applications. We have also remained active in the area of academic research, which is reflected in a number of peer-reviewed publications, blog posts, e-book, conference presentations and books. Each year, ISM increases its application scope, product line, customer base, revenue, and geographic diversity of its customers.

Dr. Sergei Peshkovsky was a co-founder of ISM. He received his M.S. and Ph.D. from Moscow Institute of Chemical Engineering in Power Ultrasonics. Dr. S. Peshkovsky was a prominent scientist in the field of ultrasound theory and engineering, in which he patented more than 20 discoveries and inventions, written over 50 publications and published several books.

Mr. Jeffrey Meyer joined ISM in 2009 as a general partner and Commercial Director. He holds a B.S. in Economics from Bowling Green State University and an M.B.A. in Marketing and International Business from Wright State University. Mr. Meyer has over 30 years of experience in global supply chain operations, marketing, and business development.

What is ISM today? 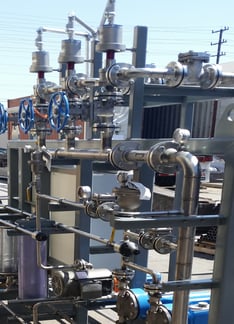 What is coming next? 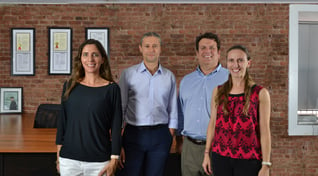 This year we are planning to substantially expand our operation. We have recently moved to a much larger facility and added several new members to our team. Our efforts are currently focused on optimizing our Barbell Horn Ultrasonic Technology for several especially promising areas of application, where dedicated ultrasonic processors will soon start becoming available.

We look forward to the next 10 years and promise to keep you posted!

Iva Gyurgina is the Director of Marketing and Customer Relations at ISM. She is responsible for creating and delivering ISM’s marketing materials and managing correspondence with ISM clients. Iva holds a B.S. in Finance and Management Information Systems from Seton Hall University as well as an M.B.A. in Marketing and Management from University of Connecticut. Prior to joining ISM, Iva was a Tennis Professional and has managed tennis clubs’ programs in several locations in NY. She has also worked in wealth management, technology and pharmaceuticals industries. Iva has proven experience in building customer relationships and delivering marketing strategies.