Scaling Up the Production of Stable Emulsion-Based Products 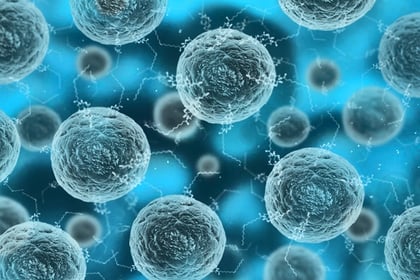 Are you able to make stable emulsions in the lab, but have trouble replicating the same result in the production environment? Scaling up an emulsification process is frequently even more challenging than succeeding at its lab optimization. In most cases, the post-scale-up loss of product stability is caused by the inability of industrial liquid processors to provide the same intensity of shear forces as was implemented during the research phase, which is why choosing the right production-scale equipment is fundamental.

After the scale-up, all processing conditions must remain the same they were in the lab.

As we previously described, once the formulation of an emulsion-based product is optimized and sufficiently strong shear forces are applied (e.g. by using an ultrasonic homogenizer), the mean droplet size of the dispersed phase (oil or water) can be brought down into the nanometer range. Brownian motion of tiny droplets in the resulting nanoemulsion can then overcome any creaming or sedimentation destabilization processes, resulting in long-term kinetic stability.

To retain the same level of stability during the industrial production, the post-scale-up mean droplet size must remain unchanged. While using the lab-optimized formulation (relative concentrations of the incorporated ingredients) on the industrial scale is commonly not a problem, maintaining the required intensity of the shear forces can be significantly more challenging.

Acoustic cavitation is the driving force behind ultrasonic processes. High amplitudes are essential.

It is well-known that ultrasound is a simple and effective technique for producing nanoemulsions. The driving force of ultrasonic nano-emulsification is acoustic cavitation, which produces violently and asymmetrically imploding vacuum bubbles, causing micro-jets and shear forces that break up the dispersed phase droplets down to nanometer sizes. The intensity of cavitation generated by an ultrasonic homogenizer is proportional to the displacement amplitude of the incorporated ultrasonic horn. The general rule for most processes is: the higher is the ultrasonic amplitude, the greater is the production rate and the better is the final product quality.

Direct process scale-up requires increasing the size of the cavitation zone without sacrificing its intensity.

Industrial ultrasonic processors incorporate significantly larger ultrasonic horns than laboratory ones, able to generate higher-volume cavitation zones and, therefore, process a lot more material per unit of time. Direct scalability requires the same intensity of cavitation to be applied in the production environment as was originally found to be optimal in the lab. This means that in order to achieve reproducible results after the scale-up, horn amplitudes in the lab and industrial processors must be maintained on the same high level.

Due to technological limitations, however, when a conventional ultrasonic liquid processor is scaled up, the maximum ultrasonic amplitude it can provide (along with the resulting cavitation intensity) drops well below the levels needed for efficient nano-emulsification.

Barbell Horn Ultrasonic Technology (BHUT)-based bench and industrial-scale ultrasonic liquid processors are free from the aforementioned limitation and can provide the same high ultrasonic amplitudes and cavitation intensities as are taken advantage of during lab optimization.

With this technology, one can expect reproducible post-scale-up results, where the production rates are increased by orders of magnitude without any loss in the final product quality. BHUT-based processors are currently used in many industries to continuously produce nanoemulsions with exceptional stability profiles.

Watch this video for more information about BHUT.