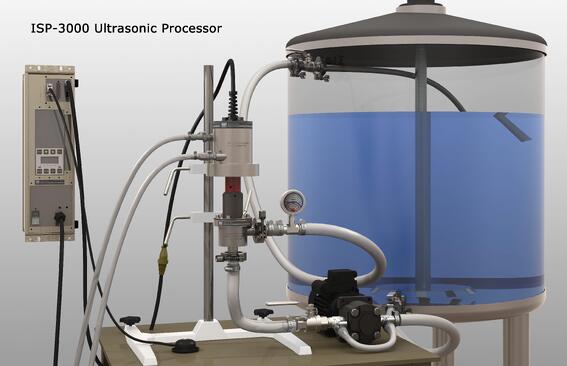 The year of 2014 was busy and successful, and we are delighted to let you know of some of our achievements:

Our R&D efforts continue in 2015, as we focus of such applications as wet milling, cell disruption, emulsification, degassing and crude oil desulfurization. In addition, this year we are planning to start offering a new industrial-scale ultrasonic liquid processor: ISP-6000. This processor will comprize two large high-amplitude Barbell horns facing each other in a common flow-through reactor chamber, thereby providing unprecedented ultrasonic cavitation intensity.